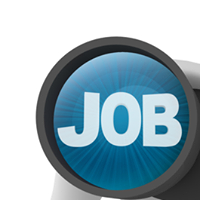 Through all of these job roles, professionals can make anywhere between $80,000- 150,000 on the global talent market. Salaries in the domestic market would be considerably less though as the Indian blockchain industry is almost non-existent, and only a handful of startups and enterprise POCs exist.

Business Professionals Can Enter The Field Too

While learning software is one of the most important routes of building a career in blockchain, there are other ways as well. As a startup, you can develop a new protocol for file storage or exchange of data using blockchain. There are many such startups which came up in the last 3-4 years, raising funds via crowdsourcing, aka ICOs.

Blockchain is one of the fastest-growing technology in the market, and a large number of banking, insurance, and tech giants have been deploying numerous blockchain solutions. In 2019, blockchain professionals were at the top of the list of most in-demand jobs, as per LinkedIn.

Numerous financial institutions, startups and traditional enterprise are already either using or experimenting with the technology with great success. The crypto ecosystem had been flourishing in countries such as Singapore, for example, helping it become new-age banking services, and pushing decentralised innovation in the financial sector.

Because the technology is still very new, people who don’t have a technical background or coding skills can make a career by understanding the field in detail, and finding an area where they can contribute. If you are a developer, you need to understand the basics of blockchain.

Start by reading the bitcoin white paper to understand where it all started and what concepts such as consensus mechanisms, mining, rewards systems, game theory, and decentralisation mean. Understanding Ethereum comes after that as it is used in a variety of decentralised applications.

Which Blockchain Software To Learn?

While some companies work solely on the Ethereum technology stack or other public protocols, other companies are working on private blockchains, and so there are many different kinds of protocols.

If you are interested in working in the crypto space, then you can focus on learning programming related to open blockchain protocols like Ethereum and learn niche languages known as Solidity, a contract-oriented, high-level language for implementing smart contracts.

Even Python would work in blockchain as Ethereum will soon be launching programs and smart contracts written in Vyper (a Pythonic language). Learning smart contacts is important, knowing the basic principles of data structure, algorithms, and familiarity with the development processes is key to success.

If you want to go and work for financial firms, most of them rely on private blockchains, i.e. the access to the blockchain is controlled by the company, and the data isn’t open. Here, the most important skill is learning Hyperledger Fabric, an open-source development platform led by the Linux Foundation.

There are many other blockchain solutions available from companies such as Oracle, IBM and Salesforce offering blockchain-as-a-service tools and leveraging modern programming languages. Choosing a platform will need significant research and a clear understanding of the use case, specific to a particular industry. All enterprise blockchain solutions have their own training modules provided by vendors, which programmers can learn.

This site uses Akismet to reduce spam. Learn how your comment data is processed.

Jobs based on the career and interest shown by the candidate.